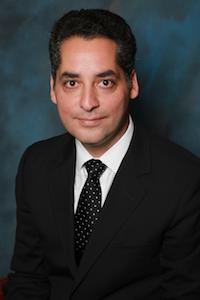 Pedram Ben-Cohen is an Attorney-at-Law and a Certified Public Accountant (CPA) who specializes in civil and criminal tax controversy and litigation. Mr. Ben-Cohen is also a Certified Taxation Law Specialist, certified by the State Bar of California Board of Legal Specialization. He has been selected to the Southern California Super Lawyers list in the field of Tax Litigation by Super Lawyers an honor achieved by no more than five percent of lawyers in Southern California. In addition, Mr. Ben-Cohen has been quoted as a tax expert by the media, including Forbes Magazine, Bloomberg, and Tax Notes International.

Prior to establishing the Ben-Cohen Law Firm, PLC in 2009, Mr. Ben-Cohen was associated with the international law firms of Latham & Watkins, LLP and Gibson, Dunn & Crutcher, LLP. He also gained tax controversy experience working at Deloitte & Touche, LLP and the Tax Division of the U.S. Attorney’s Office. Mr. Ben-Cohen was admitted to the California Bar in 2003.

Mr. Ben-Cohen is a member of the Tax Section of the American Bar Association and admitted to practice before the U.S. Tax Court and the United States District Court.

Client Reviews
I approached Mr. Ben-Cohen regarding a pending case with the State of California and my small business. During a time that was quite stressful, I found Mr. Ben-Cohen to be the perfect person to represent me and my company. He communicated with me in clear terms so that I understood everything that was taking place in a timely manner. He treated my situation with the type of candor you only find in a consummate professional and successfully negotiated a deal with the State of California that far exceeded my expectations. I found him to be kind, efficient, sensitive and nothing short of brilliant. I consider myself fortunate to have met him and highly recommend his services. I will not hesitate to use his firm in the future should a need arise. Google, We Care Spa
★★★★★
I am an international tax advisor and have worked with Pedram on more than a dozen difficult and challenging cases. Pedram's clients and fellow advisors highly respect him because he has an uncanny ability to quickly identify and work diligently to resolve his clients' issues. Pedram is pragmatic in his approach. He is transparent with his clients and dedicated to getting to a fair and reasonable outcome. I have attended an IRS Appeals conference with Pedram and would want no other attorney on my side. Pedram is extremely passionate in his work and representing his clients. He is also enjoyable to work with and develops very good relationships with his clients and fellow advisors. I highly recommend Pedram for any tax controversy work. Avvo, Curt
★★★★★
Top Drawer Tax Fraud Lawyer. Pedram got me out a CI jam I thought I would not resolve. He is also fair and reasonable with his billing. I interviewed 4 top Tax Fraud Lawyers in LA and went with Pedram...Glad I did! Google, Michael Jeppson
★★★★★
Pedram Ben-Cohen at Ben-Cohen Law Firm, PLC is one of the most incredible, creative, and caring attorneys I have ever dealt with. He gave us hope but also gave us the reality and worst case scenario. He fought for us tooth and nail. The attention and time Pedram put into the case was like no other. He charged us more than fair and was very reasonable in every aspect. He is not the kind of attorney that charges for every minute. I liked him very much not only as an attorney but as a person because he is very honest, is true to his integrity, and is dedicated to his clients. He loves what he does and has the passion to protect and defend his clients, which totally shows in his work and our outcome. We originally hired another attorney from a famous firm who basically did not give us much hope on our case . That is when we came to Pedram who won our case in a short amount of time and got us the outcome we were looking for. Because of Pedram and his creativeness, willingness, and dedication, he got us our favorable outcome. He is our go to attorney for sure, without a doubt. Avvo, Anonymous
★★★★★
A few years ago I had a major tax problem and I was looking for the right professional tax lawyer. I interviewed at least five experts and all of them were very professional. I am very picky. When I met Mr. Pedram Ben-Cohen, it took me no more than five minutes to decide that he was the one, and I was absolutely right with my intuition. He is very professional, knowledgeable, smart, and knows his job perfectly. In addition to all of his professional skills, as a person he is very friendly, pleasant, ready to help, and took care of me like I was his own family. I referred and recommended him to friends and family with tax problems and will continue to do so warmly to anyone. I know that he is able and will do his job the best way for his clients. He is my personal tax lawyer and expert and will remain so. Google, Shlomo Kattan
★★★★★
Submit a Law Firm Client Review